As the county began taking root, officials knew they needed to settle on a name in order to organize the burgeoning territory. In 1855, as Kansas itself was still a fledgling territory, the county was first organized as Lykins County. In 1861, it was renamed Miami County after Kansas became the 34th state in the Union.

Located 40 miles south of Kansas City on the Kansas-Missouri state line, Miami County is no longer a sleepy bedroom community. The county is home to approximately 30,000 residents and growing. In 2010, Miami County was the fifth-fastest growing county in the state. 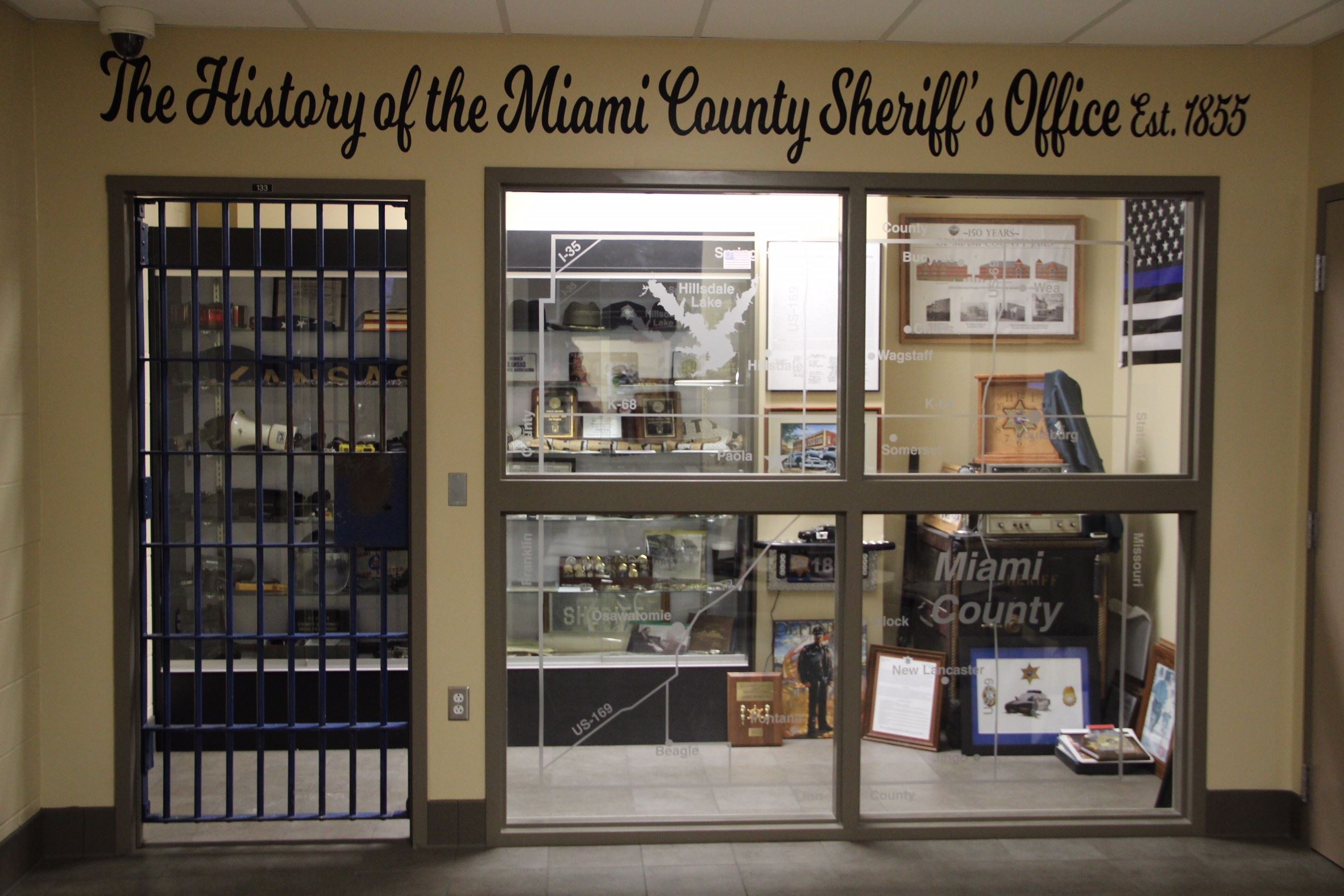 For more than 150 years, Miami County has been served by an individual sworn to protect the residents and interests of the county. In its history, the Sheriff’s Office has been led by 39 sheriffs. As a way to keep the history of the Miami County Sheriff’s Office alive, the agency features a history room filled with memorabilia as well as the photos of most of the men who served as sheriff since August 1855.

The history room allows visitors to take a trip back in time to see how law enforcement has evolved over the years. The history room is displayed in the front lobby and features such items as the Sheriff’s Office first intoxication detector, fittingly called the “,” radio equipment, and other tools used by law enforcement in years past.

Historians are still looking for former sheriff's photos. The following list is a complete roster of people who served as sheriff of Miami County and the years they were first appointed or elected. The names in bold indicate the names of those whose photos have yet to be located by sheriff's office historians. If you can help, call 913-294-3232.