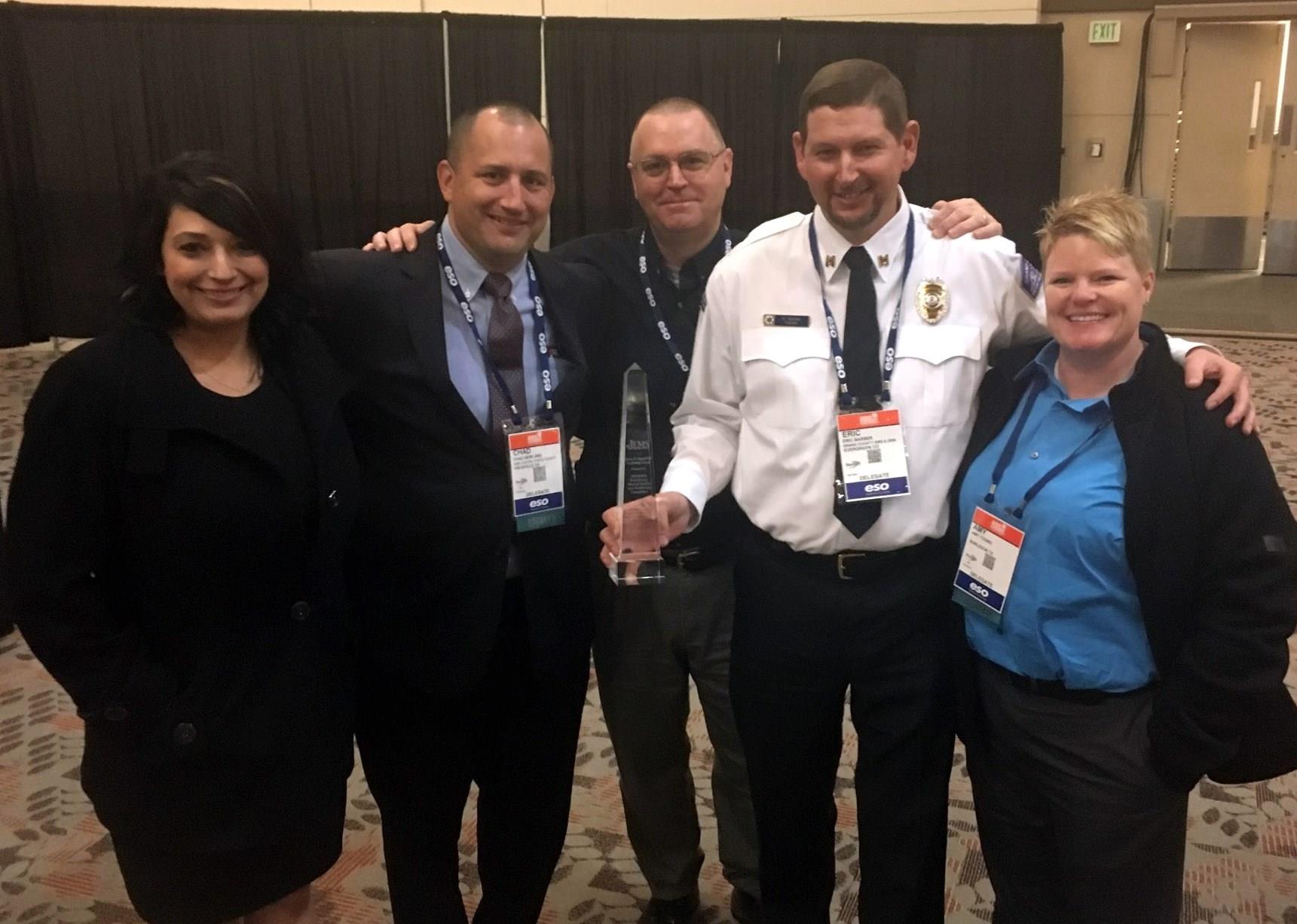 Baltimore, Md. PennWell Corporation is proud to announce the NEMSMA Practitioner Mental Health and Wellbeing Committee, as the 2016 recipient of the James O. Page/JEMS Leadership Award. The award was presented on February 24, 2016 at the 35th annual EMS Today Conference & Exposition in Baltimore, Md., hosted by PennWell’s JEMS (Journal of Emergency Medical Services).

The James O. Page/JEMS Leadership Award is given to individuals or agencies who have exhibited the drive and tenacious effort necessary to develop improved EMS systems, resolve important EMS issues and bring about positive EMS system changes.

This year’s winner, NEMSMA Practitioner Mental Health and Wellbeing Committee utilized the opportunity to make critical change for EMS professionals suffering from stress, depression and suicidal thoughts. HGH EMS Rescue Chief and Captain Pat Songer and Monique Rose faced shock and disbelief when a member from their own unit attempted suicide. It was through their team’s lifesaving measures that their colleague survived, but it also sparked the desire to help others in similar positions. Rose’s Ambulance Service Managers group developed a survey through the National EMS Management Association’s Google Group and LinkedIn pages. With more than 4,022 total respondents – 37 percent of whom admitted to contemplating suicide themselves - Rose knew that this was a topic that resonated with her peers.

The group’s research found that suicide rates for EMS personnel are on a steep rise despite programs within the profession that have been set-up to help this population. “We wanted to know why EMS professionals were predisposed to choosing suicide as a coping mechanism,” notes Rose. “We didn’t just want to identify data, we wanted to fix holes in our support system; we wanted to change our culture.”

NEMSMA President Mike Touchstone was a survey participant and invited Songer to chair the Association’s newly formed Mental Health and Wellbeing Committee. Through Songer’s efforts, additional committee members have been added and have worked toward developing survey data and white papers that present a snapshot of mental health issues in EMS, rates of depression and other mental health issues and what resources are available for those in need. Their efforts toward building scientific evidence will support the stories shared by thousands of EMS professionals across the globe and demonstrates the ideals of James O. Page himself.

The award, named for JEMS founder James O. Page, was created in 2003 to encourage EMS professionals to work toward improvements in pre-hospital care. Page’s influence on emergency medical services ranged from his writing and advisory role on the television program, Emergency!, to legendary essays and speeches. Page’s legacy continues to grow as the award is bestowed each year to individuals and groups like the NEMSMA Practitioner Mental Health and Wellbeing Committee.

“We are broken,” says Songer, “People in our industry are hurting; we need to repair this culture so that getting help is not considered a weakness. This award—this amazing recognition for our combined groups—really shows that as a whole we are on the right track.”

For more information on EMS Today, the James O. Page/JEMS award or the nomination process, please visit the JEMS website at JEMS.com.